If Ukraine aspires to Europe, then the principles on which Europe lives, in terms of waste management, must be the same for us too. “We already have a modern project for the construction of a waste treatment complex” – say in the investment office of the Mayor of Dnipro – “Dnipro Development Agency”. 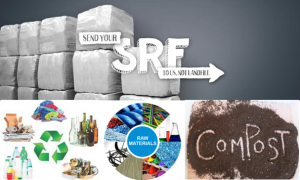 The waste management industry in Ukraine is at early stage of formation, and therefore this area considered as extremely promising in terms of investment. Investments did not come to Ukraine in this sector because investors offered to build incinerators for 20 years. But this technology involves quite large funds (from $ 800 per 1 ton of waste). Therefore, the construction of such a complex can cost hundreds of millions of dollars, and annual maintenance will cost several million dollars. For example, a modern waste incineration plant with a capacity of 300 thousand tons per year for the city of Dnipro will cost $ 240 mln. With the existing tariffs, this project is unprofitable, so the city cannot afford it. The approach proposed by the Dnipro Development Agency envisages much less investment than the construction of an incinerator. And the depth of waste processing is 85%. This is mechanical and biological treatment (MBT), which involves receiving, preparing, bio drying (drying the material from humidity 60% to 20% due to self-heating of waste), waste sorting, removal of valuable materials (~ 25%) and processing of the entire combustible fraction of waste for alternative fuels SRF and RDF (~ 45%), which is then used in the cement industry and energy generation (as is done in Poland).

The capital cost of such waste processing technology is only 116 Euros for the processing of 1 ton of waste per year. That is, the construction of a complex with a capacity of 300 thousand tons will cost about 35 million Euros. In the city of Dnipro, in contrast to many cities in Ukraine, which are only considering the criteria for selecting a model of a waste recycling plant, already a functioning municipal landfill as well as thing can please investors – a ready-made package of documents.

“The Europeanization of the landfill is important for us,”- says Volodymyr Panchenko, Doctor of Economics and Director of the Dnipro Development Agency. – According to the project, the recycling plant will have only 36 workers with an average salary of 1,000 Euros per month instead of 300 unfortunate people who would be forced to do garbage collection. For us, this is fundamental. It is better for us to create jobs in another sector, and there should be a minimum. For us, the choice of such technology was probably even more important than other benefits for the city from the production of RDF / SRF (the depth of processing and sorting of garbage within 5 years should reach 85%).

According to European standards, the calorific value of SRF> 15 MJ / kg. Compliance with these parameters provides the possibility of using SRF in waste incineration plants or in secondary incineration plants (coal-fired power plants and cement kilns).

RDF (refuse derived fuel) is a fuel derived from waste. RDF is a general term used for mixed wastes whose composition, characteristics and properties are not fully known. RDF is not a “stable” material. It is subject to reactions and degradation at a rate that can be unpredictable due to its heterogeneous composition and non-standardized training. Its use in waste incineration plants or in secondary incineration plants is possible only if the gas cleaning equipment for gas emissions treatment installed in accordance with the regulations of Directive 2010/75 / EU.

SRF is obtained after the removal of secondary raw: materials (cellulose, glass, metal), which is sent for recycling; hazardous waste (chlorine, batteries, etc.); as well as organic waste, from which after composting biofuels are obtained. All other waste, which is usually about a third of the original volume, is pressed into briquettes, which are used as fuel to supply energy to industrial enterprises.

The revenue of such a plant for 6 years will be 69.7 million euros, net profit – 2.7 million euros per year. The discounted payback period of the project (DPP) is 4.9 years. Terms of design and construction – 2 years.

The project of construction of a waste treatment complex proposed by the Dnipro Development Agency has already aroused some interest. Finally, it has become clear in Ukraine that such technology has the best prospects. Lviv is ahead of all other cities, attracting grants and loans with the EBRD, using MBT technology. Ukraine is on the verge of an investment boom in the field of household waste recycling. Direct investment alone will amount to $ 1.8 billion over the next five years.

Dnipro a city open to investments